Interstitial lung disease a group of lung disorders which causes inflammation and sometimes scarring in the lungs. This leads to difficulty inn oxygenation of blood.

Sometimes the cause is not known despite investigation when it’s called as ‘Idiopathic’
Progressive worsening shortness of breath Dry cough Increased respiratory rate Sometimes its incidentally diagnosed on chest X-ray or Pulmonary function test done for some other reason. Sometimes it’s associated with joint pain, photosensitivity, hair loss, skin abnormalities when its associated with connective tissue disorder.
After taking thorough history, doctor may advice you following test Blood tests to tests for autoimmune disorders
Chest X-ray
HRCT scan of the chest
Breathing tests, also called "pulmonary function tests" – These tests measure how well the lungs are working.
ECG and 2D ECHO In some cases, Bronchoscopy for BAL+ Lung biopsy or Thoracoscopic lung biopsy may be required to confirm the type of ILD. 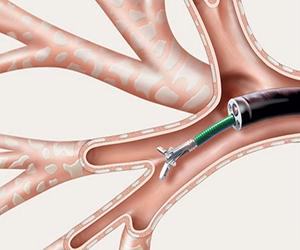 Treatment depends on what is the cause and how severe is the disease. If its because of infection, you will be prescribed medicine. If it is caused by auto immune disorder then you will be started on treatment for the same which may include immunosuppressive medicine.
Many people with interstitial lung disease are treated with:


All of the above would control the progression. Once fibrosis has occurred it can not be reversed. LUNG TRANSPLANT is the only curative option.